In order to develop well, the character of human, especially on early adolescence, should be supported by environment to lead a noble character. That method is granting reward to appreciate achievement of senior high school students in the field of academic as well as in the field of nonacademic. Similarly, punishment applied to inflict punishment upon offense which has been done and for the sake of order the rules. This research tries to discuss the implementation and the implication of reward and punishment toward character education. Two schools that become the research location is SMA Negeri 1 Pemalang and SMA PGRI 1 Taman. SMA Negeri 1 Pemalang is public senior high school and SMA PGRI 1 Taman is private senior high schools. The problems raised in this thesis are how is the implementation of reward and punishment in SMA Negeri 1 Pemalang and SMA PGRI 1 Taman; and what are the implications of those methods for character education in those senior high schoosl. The goal of this research is to understand the implementation of reward and punishment and also to understand the implication and implementation of reward and punishmnet toward character education in SMA Negeri 1 Pemalang and SMA PGRI 1 Taman

This work is licensed under a Creative Commons Attribution-ShareAlike 4.0 International License. 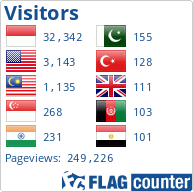