Another Meaning of Ziarah Kubur in Madura

In this article I give another meaning of ziarah kubur (visiting tombs) always suggested as animistic way because some scholars always question is it suitable for Islam or not. Specifically I will study the worldview of maduranese muslims perceiving death as represented in oral tradition, called syi’iran (poem). Leaving the dominant World Religion paradigm and analyzing it using Indigenous Religion Paradigm by applying “personhood” concept like scholars who studied Indigenous Religion, it can be seen that there is interpersonal relation between whom alive and dead because the dead still has human attribute Also, it is because they are still interdependent and share each other although one of them was death as represented in the poem. So, it can be concluded that the practice of ziarah is to recontextualize the relation. 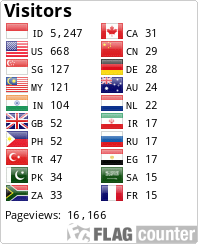