This present study aims to explore various factors that have affected some residents in Pasir Kraton Kramat village, West Pekalongan sub-district, Pekalongan city in violating iddah. The iddah intended in this study demonstrates a waiting period that must be observed by women after both a divorce and death of their spouse. A qualitative approach presenting data of descriptive analytics was employed in this socio-legal study. The widows who were in the iddah, their husband, and parents participated in this research. The findings reveal that all of the nine widows did not apply the iddah appropriately in relation to Islamic law and the compilation of Islamic laws. In reality, the widows were in a relationship, accepted a marriage proposal, or even married the man in the iddah. This fact was due to several factors, namely: low educational, economic, work environmental, and social (lifestyle) backgrounds. Additionally, the results have exposed that the violation of the iddah was caused by the low level of legal awareness performed in this village by regarding four indicators. First, the society’s knowledge of this paradigm was still low. Second, the people’s understanding did not affirm the rules of iddah asserted in Islamic law. Third, they showed low level of attitudes toward the conditions of iddah. Lastly, their law-based behavior distorted the principles of iddah. In other words, the legal awareness of people in this village was categorized into the low level.

This work is licensed under a Creative Commons Attribution-ShareAlike 4.0 International License. 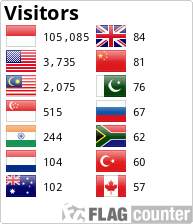