Hamzah Fansuri is a Nusantara (Indonesian) sufi who used poems as a medium to convey his messages. In order to understand the symbols used in his poems, a hermeneutics approach is required, especially by using theories of metaphor and symbol which are inseparable parts of taâ€™wil or Islamic hermeneutics. His poems were mostly inspired by his thoughts and spiritual as well as mystical experiences. For him the poems served not only as emotional revelation, but also as stairways to God, transcendental medium, and self transformation. His poems were widely recognized as hermeneutics poetry or taâ€™wil verses which are often the esoteric tafsir (meaning) of Quran. He used language symbols which have contextual characteristics, such as boat, bird, trading, sub trading, etc. 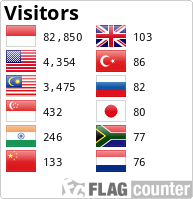