MiftÄhul â€˜UlÅ«m, written by al-SakÄkÄ«, especially the third part, was the beginning of a new phase in the development of Arabic rhetoric. Al-SakÄkÄ« divided the rhetoric into three fields of study, which are  (1) Maâ€™ÄnÄ«, (2) BayÄn, (3) BadÄ«â€™. However, his style is influenced by philosophers, theologians and their verbal lexicon, which are difficult to take, especially for the ordinary recipient. Al-SakÄkÄ« described that his book containing several types of literature, namely, â€˜ilm á¹£arf in complete version and its conclusion, derivation science, and the grammatical study in the completeness of Maâ€™ÄnÄ« and BayÄn. The meaning of Makna is the study of completeness and conclusion. Therefore, books and prose, and poem require al-â€˜ArÅ«á¸ and al-QawÄfÄ« include á¹¢arf, Grammar, Maâ€™ÄnÄ«, BayÄn, limitation, reasoning, alâ€™ArÅ«á¸, and al-QawÄfÄ«. He argued that the fields of study were influential in delivering knowledge to the student in order to reach the goal of the author towards his book.This research was an analytical descriptive study of al-SakÄkÄ« rhetoric that focused on the normative aspect represented by rhetorical rule and aesthetic aspects. Those aspects were shown by the feeling. Al-SakÄkÄ« rhetoric thought is a method based on mental division and has conducted in the construction of many factors, which the most important of them are philosophy and logic. Keywords: thought, rhetoric, meanings, sakkaki, study 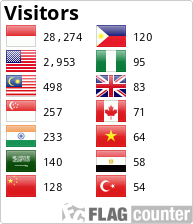 ALSINATUNA: is a scientific journal in Arabic and English containing current and contemporary issues related to Arabic linguistics and teaching, at Middle school and Higher education level. It is published by Arabic Education Department (PBA), Faculty of Education and Teaching Training (FTIK), State Islamic Institute (IAIN) of Pekalongan in collaboration with Arabic Teachers Association of Indonesia (IMLA).